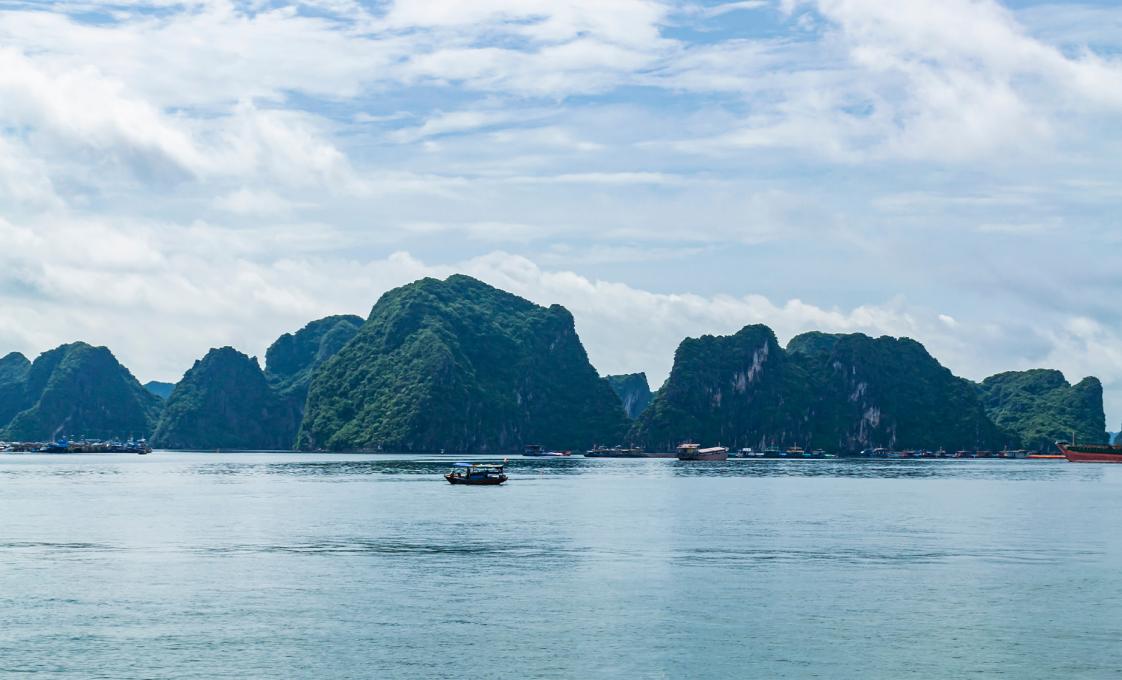 Revisit historic battle sites of Vietnam. See the astounding progress made and feel the positivity on this Ho Chi Minh City Tour.

For many foreigners, Vietnam is synonymous with war. In reality, it's a beautiful nation of kind, peaceful people. The Viet Cong won independence in 1975. Many attractions echo that era. Your professional guide will showcase a number of these sites on this scenic Ho Chi Minh City tour.

First, you'll be comfortably transported to the Nui Dat Task Force Base. In 1966, this site was the first Australian Task Force base. The columns forming the gate still stand in what is now Bai Rai city. The former runway is now the main street of the village and the former helipad has been transformed into a lively soccer field.

Nearby is the new kindergarten school, erected in 2010. Funded by the Australian Vietnam Volunteers Resource Group, the school resides on the same site where 5,000 Australians were stationed in 1966.

Next, you'll pass the Discourtesy Rubber Plantation and visit the Long Tan Cross Memorial, erected by the Royal Australian Regiment on 18 August, 1969 to mark the site of the Battle of Long Tan. Prior to the battle, the Viet Cong built tunnels to counter the exclusion zone set by the Australians. The tunnel spans two miles, leading to Long Tan. You'll get to explore the Long Phuoc Tunnels.

You then visit Ming Dam (the former Secret Zone) before driving along the stunning coast, leading you to tropical Long Hai, where up and coming beaches abound.

Lunch with beverages is served in the coastal town of Ba Ria, before returning to your port. An experienced guide will add color to the sites on this memorable adventure. Book this Ho Chi Minh City tour for a memorable Vietnam experience at a low price.

Please Note: Western-style food is available upon request at the time of booking for an additional fee to be paid on the day of your tour (not included, approximately $10 US). Passengers will be granted a Vietnam visa by the cruise line. Some of the cruise lines include the visa within the cruise package. However, if a visa was not included in your cruise package, you pay may purchase one directly onboard. The cost can be up to $50 US per person, depending on the cruise line.

More trips from Shore Excursions Group
ABOUT US
Shore Excursions Group was created with one goal in mind: to provide exceptional travel experiences to cruise passengers in the ports they visit around the world. To accomplish this, we have compiled an exceptional array of tours delivered by local experts with decades of experience serving travelers and delivering excellent tours. Our owners and management team are comprised of seasoned travel industry executives who leverage their considerable experience to deliver memories of a lifetime.

We are experts in providing exceptional shore excursions. We understand that in today's fast paced world, vacations have become an increasingly important way to relax, reconnect with family and friends, and experience new and interesting places. With this in mind, we provide the highest quality tours by performing extensive research, and detailed reviews. While other companies also offer excursions, we strongly believe our expertise and approach set us apart. The large cruise lines sell shore excursions - typically in very large groups visiting high traffic sites. We focus on smaller groups visiting more interesting and authentic locations using more personalized local operators. While the cruise lines are experts in delivering cruises, we are experts in delivering shore excursions.

Our Approach
We believe quality service is not only highly valued by customers, but ultimately leads to better experiences and higher satisfaction. Unlike the cruise lines and other tour companies that rely almost entirely on websites, we encourage customers to call us. We want to invest our time answering your questions, providing input, and selecting the excursions that best meet your needs.

Our Tours
Our goal is to provide customers a wide array of exciting, appealing, and enriching tours. For those customers who prefer to travel in smaller groups with more personalized service, we offer a wide variety of small group tours around the world. These tours generally range in size from 2-12 people compared to larger tours which can number up to 50 people. While exploring the destinations and ports on this website, feel free to search for these "Small Group Tours". For those customers interested in private tours, we offer many outstanding excursions that allow you to travel with your party alone and, in many cases, to fully customize your tour. Search for "Private Tours" if you are interested in this experience. Our "Scenic" tours provide up close and personal access to some of the most spectacular natural environments on Earth from majestic glaciers in Alaska to spectacular reefs in the Caribbean. Our "Cultural" tours allow customers to experience local customs, entertainment and culinary delights ranging from tribal dances in Alaska to an outstanding local meal in Santorini, Greece. Our "Active" tours offer a multitude of exciting and adventurous ways to experience our destinations. Our customers can kayak the turquoise waters of the Caribbean, hike to a spectacular waterfall in Hawaii, or bicycle through quaint villages in France. Our "City" tours allow travelers to see the highlights of great cities around the world with unique insights provided by our expert tour guides.

Our People
In our experience, exceptional travel experiences are almost always delivered by exceptional people. With that in mind, we utilize a comprehensive approach to select and employ the leading tour guides and tour providers around the globe. We hold our people to very high standards which we measure by our comprehensive Quality Control process and, most importantly, by our customer feedback, which we will actively seek from each of our customers.

Our Owners
Shore Excursions Group is owned by seasoned travel executives possessing extensive experience across many sectors within the travel industry.

Price ID: 7620251
Must be Purchased by: May 3, 2024
Tour Type
Group
Group Size
Standard
Activity Type(s)
Cultural, Scenic, Walking
Tour Duration
8 Hours
Activity Level
Easy
Tour Leaves From
The Cruise Ship Pier.
Food/Beverage Provided
A Vietnamese lunch with beverages is included. Western-style food is available upon request at the time of booking for an additional fee to be paid on the day of your tour (not included, approximately $10 US).
Special Instructions
We recommend wearing comfortable seasonal clothing, closed toe walking or hiking shoes, sunscreen, sunglasses, and a hat. As you will be visiting a memorial site, shoulders and knees must be covered.
Restrictions
This tour is not recommended for passengers above 90 years of age, more than 2.2 meters (7 feet) tall, or weighing more than 200 kilograms (440 pounds). Participants must be able to get in and out of the vehicle.
Contact Us
Terms & Disclaimers

Prices, additional fees, itineraries, and availability of this product are subject to change at any time. Please contact us for more information.
If you are interested in an offer, please click on Contact Us . This will open a "Trip Request" that will allow you to send your request to us. We will be able to confirm availability and make further recommendations.
This tour is not recommended for passengers above 90 years of age, more than 2.2 meters (7 feet) tall, or weighing more than 200 kilograms (440 pounds). Participants must be able to get in and out of the vehicle.